«Intercambio Idiomas Sevilla Alameda 190207» is an International Meeting where you can make new friends while you’re speaking languages and having fun. We are going to meet in La Copilla Sixtina which is a bar in Calatrava street number 30. You can find us because we are the big group which is speaking different languages. 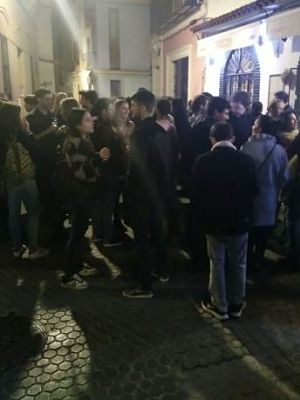 This is our second Intercambio of the week, after Wednesday Meeting, and it’s the big one! Don’t miss out on the chance to practise your Spanish, English, French, Italian or German speaking with locals and international travellers alike – whatever your level. From absolute beginner upwards! Good prices for drinking in true Andalusian fashion.

The meeting point is in La Copilla Sixtina, placed in La Alameda de Hércules. We start our meeting from 9 pm. If you are coming later, don’t worry about it. We’ll stay at the same place until 0 am. Better late than never. 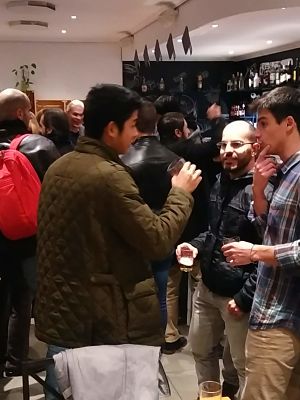 In our language exchange (Intercambio Idiomas Sevilla Alameda 190207) you can practice different languages, meet new people and have a great moment. A lot of talkative, interesting and friendly people are coming. We usually speak English and Spanish, however, those languages are not the only ones. We also love speaking different languages, like German, French, Italian, Portuguese, Polish, Russian, Greek, Arabic, Chinese, Japanese, Korean, among other languages. People from different countries are coming. Everyone is welcome!

In the bar there are good prices for the group: Enjoy a good time with us in a cheap way 😀 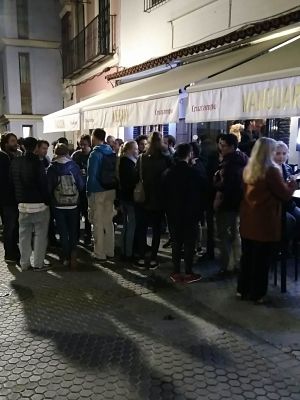